Examining the effects of transaction taxes on the Scottish property market

Examining the effects of transaction taxes on the Scottish property market

Stamp duties on property purchases are a feature of many tax systems across Europe.

In this blog, Dr Daniel Borbely (Lecturer in Economics at the University of Dundee School of Business) shares findings from his research into the introduction of the Land and Buildings Transaction Tax (LBTT) in Scotland using Registers of Scotland (RoS) data from UBDC.

Property transaction tax, also known as ‘stamp duty’ in the UK, is paid by buyers of residential and commercial properties each time a new transaction takes place. Economists tend to dislike this form of taxation, mainly because it is inefficient: it prevents housing transactions from taking place, reducing residential mobility and making it more costly for people to downsize, move to more appropriate housing units, or move for work reasons.

When stamp duty was devolved to Scotland in 2015, the Scottish Government decided to implement a new transaction tax, called Land and Buildings Transaction Tax (LBTT). The new tax fixed the flawed tax schedule (see below) of the old stamp duty system, by removing the jumps in tax liabilities at threshold values. At the same time, LBTT is also more progressive than its predecessor, with lower tax rates at lower prices and higher tax rates for expensive properties. My research - which is the basis for an article recently published in the journal ‘Fiscal Studies’ - investigates how the introduction of LBTT affected the Scottish property market. To do this, I used the Registers of Scotland (RoS) property data available through UBDC.

UBDC granted me access to the RoS data from 2010 to 2018. The RoS microdata contains the universe of property transactions in Scotland, allowing me to estimate the effects of LBTT on the property market with statistical precision. Fundamentally, my research focused on three main aspects of the change in the tax system, which I detail below.

Finding #1: The old stamp duty system was very distortive; the new one, not so much

The old UK stamp duty system, which was in place in Scotland until the end of 2014, had a rather strange tax structure, where a £1 change in property value could lead to an up to £40,000 increase in tax liabilities. This was because the tax rate was charged on the entire purchase price of the property, so when the tax rate changed at threshold prices, there was a large jump in corresponding tax liabilities. So, what was the effect of having a tax structured like this? Unsurprisingly, my findings show that people tried to avoid paying higher taxes by purchasing properties at prices just under the relevant tax thresholds. This led to a high density of transactions at values just below threshold prices, a phenomenon known as ‘bunching’.

LBTT alleviated the jumps in tax liabilities at thresholds by applying the tax rate only to the share of the property value above each threshold. My research finds that this change has led to less (none, in most cases) bunching and a more sensible tax system.

Finding #2: Many buyers will re-time transactions if they can avoid higher taxes by doing so

Before the Scottish Government introduced LBTT in April 2015, it announced the new tax system in January of the same year. Under LBTT, tax rates were going to be lower for lower-priced properties but higher for more expensive ones. For some (potential) buyers this created an opportunity: 1) delay transactions in lower price ranges and wait for the lower rates under LBTT or 2) bring transactions forward for expensive properties and get taxed under the old, more generous, system. My findings show that many buyers in both price ranges changed the timing of their property transactions to save on taxes paid.

Finding #3: Progressive reform of stamp duty boosted market activity in the lower price ranges, with a much smaller negative effect on the market for expensive properties

In my study, I also looked at how progressive reform of the transaction tax system (the introduction of LBTT) affected property market activity in Scotland. To do this, I exploited the fact that the reforms left tax rates unchanged in the 0-£125k price range and used this part of the market as a ‘control group’ to compare the rest of the market to. I found that lower tax rates in lower price ranges boosted transaction activity by up to 29% after the introduction of LBTT. I also found that the market for expensive properties, where tax rates increased, were not affected to the same extent, as market activity only reduced in the most expensive part of the market (above £780k).

Overall, my findings indicate that introducing LBTT has created a more sensible tax system, where manipulating prices to fall under tax thresholds is no longer encouraged. The more progressive schedule also led to some efficiency gains through a boost to transaction activity in the lower end of the market. Nonetheless, my analysis shows that people are still very responsive to transaction taxes and will avoid them if they can. People being sensitive to tax changes would not be an issue for taxes that are meant to discourage harmful behaviours, but transaction taxes are discouraging beneficial economic behaviours, such as downsizing, upsizing, or moving for a better job. 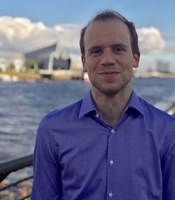