Big data and public reporting in the 21st century city

If you see something, say something: Big data and public reporting in the 21st century city

For the past decade, 'big data' has been a major buzzword in development and policy circles: promising to unleash the power of the private and public sectors to engage in new levels of analysis, while ensuring more responsive urban governance. Perhaps the average person has seen the now ubiquitous chart from the World Economic Forum... (See Big Data, Big Impact: New Possibilities for International Development. World Economic Forum, Geneva, 2012) 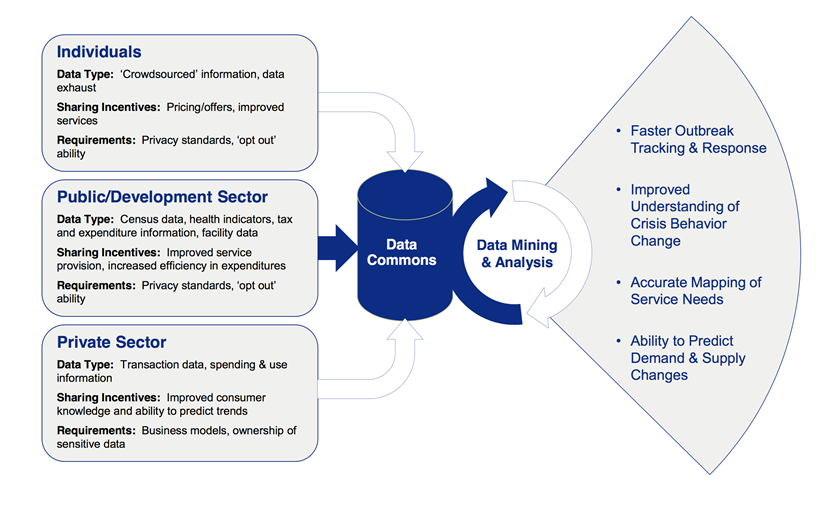 ...or perhaps they haven't. Perhaps the average person walking down the street has never heard of big data, has no idea of its implications for themselves or the planet -- but they do know the streetlight outside their flat has broken down for the third time in as many months.

What if there was a simple, accessible, public feedback mechanism to report issues like this within the community, loosely based on the New York model (“If you see something, say something”)? What if this person had the ability to anonymously report an issue within a well defined geographical space, have its authenticity verified, and the issue fixed within a reasonable amount of time? What if they could see a map of current and solved issues within the city?

They would, in short, begin to understand the power and implications of big data. So. Let's conduct a thought experiment: how can public-sourced data be used to (a) make the idea of big data more tangible, more real for the average person and (b) make cities more accessible, accountable, and sustainable?

2013 saw the launch of what3words: a system of geographical IP addresses covering the entire planet. Three words, in multiple languages, to designate any nine-square meter space anywhere on the planet -- fifty-seven trillion times in all. As a result, everyone and everything on this planet, from a random rock in middle of the Saudi desert to your front door, has a specific, unique address. While this promises to revolutionize international development and humanitarian work, the implications for urban problem-solving are equally great. With that in mind, let us return to big data for the average person.

Imagine for a moment that the sun is setting. You're walking home from work, the streetlight is flickering, barely clinging to life, and you suddenly fall flat on your face: a nefarious tree root has caused a section of pavement to suddenly rise up by five centimeters. Quite dangerous. What could you do?

One option would be to do nothing: pick yourself up, dust yourself off, mutter a few unintelligible curses and proceed on your way: leave the problem for someone else to deal with.

Another option would be to open up your phone, take note of where you are, and maybe later if you remember write an email to the city council saying “The pavement near whatever is damaged and dangerous, please fix it”. Whatever in this case could be anything, anywhere.

These are semi-valid addresses, but with the caveat of being not very helpful. The location is within a general area, not a specific one. Furthermore -- after writing your email what are you supposed to do? Who exactly should it go to? What follow up actions need to be taken? How long will it take to solve?

The third option, the simplest option, would be to pick yourself up, open your phone and touch an application for city reporting. Using what3words, you would be greeted with an extremely precise, easy to remember address for your exact location---from Glasgow to Baghdad, from Manhattan to Kyoto ---asking if you'd like to file a short or long report. You very much would like to file a short report, so you dictate a short note: “The pavement at ... is physically dangerous and needs to be evened out”.

Seconds later you watch as your report goes up on a live map of the city indicating current issues, and go about your night: knowing that within a week or so, the problem will be verified and fixed. From that single, simple sentence, you've indicated the nature of the issue---physically dangerous pavement---and its location, and offered a solution -- even out the pavement. Just as important, there is now a public record. Private submission, public domain.

A few days later you decided to check the website: say, http://fix.glasgow.scot, and see that your report has been verified, and action is being taken. Within a week or so, you notice that the pavement has been fixed. 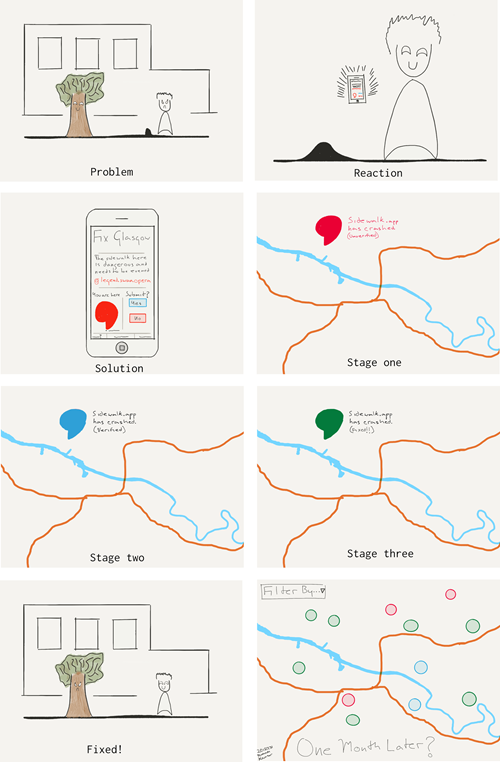 Imagine for a moment that you're a tourist visiting New York for the first time, enjoying a meandering walk through Central Park when suddenly you slip and fall into the street. Dignity mostly intact, and with no banana peels in sight, you look for the cause of the problem and see that a partially burst pipe protruding from the stonework, causing water to pool and freeze in a crevice. Again, quite dangerous. You may be a tourist, and not really know where you are, but you're also a good citizen and think that this is something that needs fixing.

So. What could you do? You could do nothing, and hope the city fixes itself. You could make a mental note to maybe later send an email saying that a pipe has burst under “that one bridge” in Central Park -- but that's so unspecific as to be useless. You could be more specific: identify your GPS coordinates -- 40° 46' 22.422 N, 73° 58' 5.922 W -- and email a short, more accurate note... Or, you could open up your phone, touch an app for city reporting and dictate a short note: “A water pipe has partially burst at exists.roof.sizes and needs to resealed”. Send. Less than thirty-seconds, to notify the city of a problem, record its location, offer a solution, and make a public record. Less time to report than to tie your shoes!

Imagine for a moment that you're exploring the desert near Riyadh -- searching for the perfect spot to set up camp and do some overnight astrophotography, when three things occur near instantaneously: your satellite phone decides its battery is dead, one of your tyres burst, and your car begins to roll down a dune and into dry quicksand. You grab water, a backup telephone, and quickly escape into the blazing Saudi heat.

So. You check your phone, and thank الله for the faint reception signal. You need not wander through the desert searching for a signal, and you need not walk the 60km to Riyadh. You don't need to file a report, you need extraction at the first reasonable opportunity. You call the police station and/or your embassy, explain the situation, and don't struggle with the complexities of “about 60km north-east of Riyadh, about 28 kilometers northwest of Saʿq” or “down in the wadi between two red-capped dunes”, but give a simple, unambiguous polite.depriving.stepladder.

Less than an hour later, you are happily coughing dust as you board a helicopter.

Big data offers a great deal of promise, but it can also sometimes feel like dark energy.

...something that “exists” but is intangible to human experience. Perhaps they cannot see how increased migration to one area indicates a looming recession in another -- perhaps that's too abstract. If implemented, this system would allow the average person to understand big data in a concrete way.

They can now plainly see the sidewalks are smoother, and the streetlight no longer flickers.

They can see the city is more accountable and responsive: a public, easily accessible record of problems and solutions now exists, rather than waiting for the city to discover for itself, or languishing in a bureaucracy, or shouting in the Twitter darkness.

They can see how easy it is to contribute; and see the diversity of problems, geographical patterns and trends; and the speed of solutions.

Most importantly, they would begin to understand big data: a product of our daily lives that surrounds us, but is quite useless if it doesn’t provide actionable information. Thus, the idea has become tangible, real for the average person. 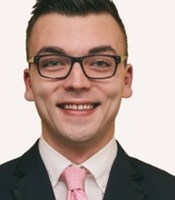 Michael Krenzer is a graduate of political science from the University of Illinois at Chicago. His interests include photography, data, humanitarian work, the United Nations System, and LGBT issues. You can reach Michael by email or connect with him on LinkedIn.