Well-being for women studying STEM - experiences of intensity and negativity in Higher Education in India, Rwanda and the UK

In recent years there has been a global expansion of publications concerning mental and emotional health, with well-being dialogue increasing in the wake of the pandemic.

A survey of 21 countries explored growing up in modern societies and found that 36% of young people (aged 15 to 24 years) felt frequently worried, anxious, or nervous. In addition, 19% said they repeatedly experienced feelings of depression.

Mental health is an increasingly urgent issue in Higher Education, for staff and students. Recent systematic reviews show rising levels of mental health issues amongst students, alongside decreased access to mental health support, with increases in anxiety and depression worsening in universities through the pandemic.

While the global presence of anxiety and depression may be increasing for students and the general population, such feelings are likely unevenly distributed across demographic groups. Women, mature students, working-class students, and those from LGBT+ groups may feel marginalised in multi-faceted ways within broader cultures and, more specifically, within university department micro-climates.

Mental health can be particularly problematic in STEM (Sciences, Technology, Engineering and Mathematics) disciplines, where high levels of competition and achievement may be prioritised over personal welfare, with women particularly vulnerable to stress, anxiety, and depression. This may be exacerbated in male-dominated disciplines, where women may feel ‘othered’ or ‘tokenised’.

The Gendered Journeys Project aims to map patterns of gendered experiences in STEM. As part of this research, we surveyed over 650 STEM students attending different universities in the UK, India, and Rwanda. Here we present some of our preliminary findings on well-being and mental health issues experienced in general by our respondents, and how men and women studying STEM might differently experience emotional outcomes during their studies.

For a full discussion of our methodology, please see our past UBDC blog on Gendered Journeys: mixing methods, datatypes, and contexts to explore gender in STEM. In the online survey, we asked questions about different affective experiences in their institutions and careers of study, such as feelings of self-efficacy, learning support, belonging, safety, connectedness, and well-being, as well as their experiences of long-term mental health issues, among others. Responses were measured using Likert scales from 1 (low) to 5 (high). We emphasise that gendered identification is not binary, yet due to low trans and non-binary response rates, we were only able to statistically analyse those identifying as male or female from birth; our qualitative interviews will explore non-binary identities more richly. As can be seen in Table 1 below, for all affective experiences, male students in our sample reported significantly higher levels than women on average. 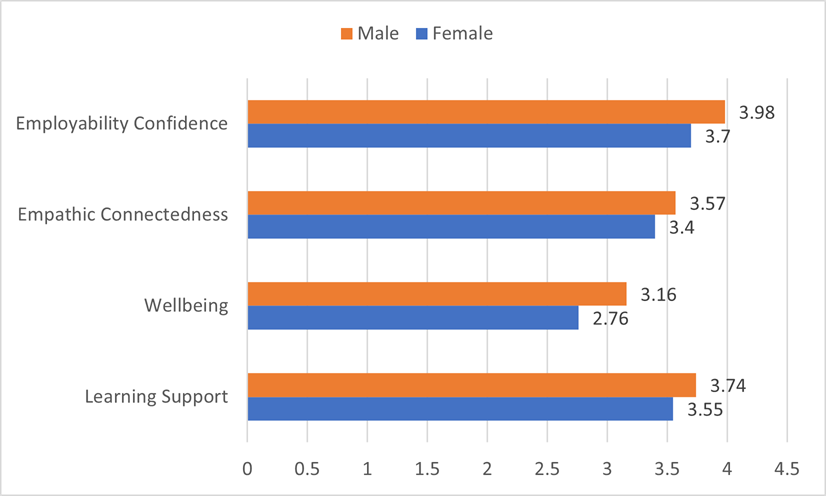 For instance, men studying STEM in our cohort felt more confident that they would find a job related to their field after finishing their studies. Regarding feelings of empathy and connectedness, women students studying STEM reported lower levels of feeling welcomed and respected by university staff than male students. In our sample, women studying STEM, on average, felt significantly less connected to their university staff, including lecturers, and reported feeling significantly less understood and supported by their university. Crucially, these feelings may be detrimental to women students’ experience, intensifying loneliness and isolation within STEM and wider university contexts while reducing the opportunities to share and elaborate on personal problems that may be relevant for their welfare and academic trajectory. Our future work will explore the gendered ratio of their chosen subjects to see if male-dominated disciplines have worse outcomes for women who may feel further ‘othered’, as well as national policy and practice implications affecting women’s experiences cross-culturally.

Perceptions of being supported in their learning process also varied. Men studying STEM rated higher levels of satisfaction than women in our STEM sample, likely through greater recognition of their work by teachers and the feedback and encouragement received from them. Men also reported higher levels of support from their peers than their female counterparts. Concerning feelings of well-being, male respondents reported feeling calmer and more relaxed at university than women studying STEM and having their studies filled with topics that interest them, in contrast to their female classmates. On average, men also rated higher levels of feeling cheerful, fresh, active, and vigorous. However, this pattern was reversed in our Rwandan sample. This trend is worth exploring in future cross-cultural research.

On the whole, in all these aspects, the differences between male and female responses were significant, with men scoring an average of 0.4 points higher than their female peers’ average. As can be seen in the Violin boxplot in Figure 1, analysis was run for an overall measure of well-being based on the World Health Organization. This analysis (using ANOVA) revealed that Indian and British male STEM students reported higher levels of well-being than their female counterparts. Conversely, Rwandan female STEM students reported higher levels of well-being than their male counterparts. Therefore, despite the overall pattern of gendered differences, international differences are also emerging, and are being considered using a Discourse Analysis of national policy and practices. 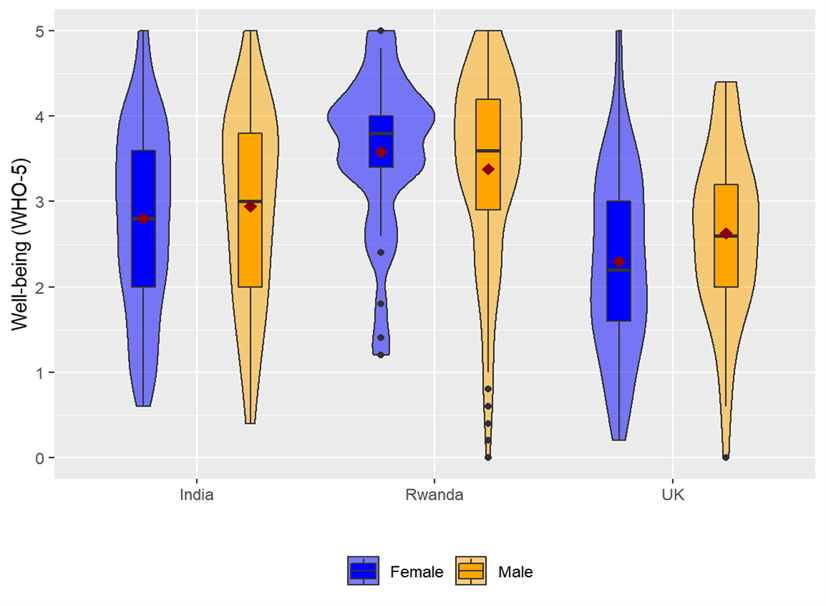 Figure 2. Violin boxplot for national and gender differences in WHO well-being

A gendered pattern of feelings

We have shared a brief overview of gendered patterns for STEM students across our three-country cohort, focussing on how these students feel when studying STEM at their universities. This analysis revealed that affective and support-related outcomes were consistently rated more positive for male STEM students. In contrast, women’s average scores illustrated less affectively positive experiences in their studies, featuring lower levels of connectedness with their staff and teachers at university, as well as lower levels of support in their learning process from their lecturers. These women are studying and progressing toward their careers but with more anxieties regarding their future in the labour market. It may be that for women studying STEM, knowing that gendered inequalities are systematic and striking in the world of work may be impacting them early in their undergraduate studies, regardless of national contexts.

It is important to understand the ways students experience STEM study and belonging within their universities. We must also recognise how affective experiences may follow different patterns according to gender, as gendered norms and inequalities are translated within the micro-climates of universities and departments. As such, they can become entrenched affectivities - damaging to women’s sense of feeling supported and belonging in STEM study in their respective institutional and national contexts. When we analyse how those experiences - e.g., well-being, support, confidence, recognition - follow a different pattern for women and men studying STEM, we are also exploring how patriarchal power relations work through different affective qualities and intensities. Moreover, within higher education, STEM subjects are typically associated with a dominant masculine culture used to overt and subtle discriminatory practices and barriers against women. Though the proportion of women in STEM has increased - and in some cases, they are the majority - masculine gender norms persist (as some of our data reveals). Our survey data is supported by interviews, as well as secondary data, corroborating this persistent pattern of stark gendered inequalities across national samples.

The next steps for the Gendered Journeys project will be to explore our data further, and integrate the voices and narratives from interviews, to examine what cultural features and values in STEM and higher education are associated with positive emotional, experiential and achievement outcomes. We will also explore the needs of employers - within the national policy contexts of India and Rwanda, in particular. In this sense, we hope to illustrate global challenges and present solutions for persistent gendered inequalities in STEM study and onward career trajectories. 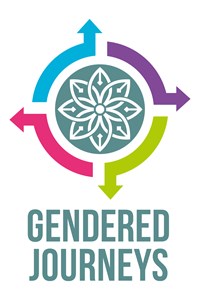